Should I not be concerned about that great city?

As our family moved back to Toledo in 2003, many thoughts invaded my mind as I drove through the city. Feelings of heaviness and brokenness washed over me. 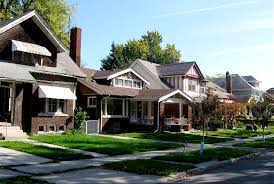 I wondered about the families in the neighborhoods I passed. Was there food in the refrigerator, coats for the winter, laughter or crying, parental involvement or neglect? Did little boys have good role models? Were little girls safe? Were the children learning about Jesus or would their only recognition of His name be as a curse word? What legacy was being handed down to them and what would they pass down to the next generation?

Since God invites us to bring our requests to Him and He promises to hear and answer, I began praying for the children each time I took the wheel. I began asking God to rescue, heal, protect and bring salvation.

We transitioned our five children from home school to a brick and mortar school that fall. I felt God tugging at my heart to do more than put them on the bus each morning at 7:28 and then go about my own business.

So each week before school, I walked through every classroom in the elementary wing, praying over each desk and for every teacher. I created a prayer notebook which included each student in every grade that my children were in.

I discovered that by praying for 5 children each day in 7th grade, 4th grade, 2nd grade and kindergarten, each child would be prayed for at least twice/month.

The staff began to comment about the difference they experienced because of prayer. The third year other parents joined in the weekly effort to cover the entire school in prayer.

We witnessed God answering our prayers for our own families and for our school. For example, one particular class had been labeled a “bad” class. As they approached their senior year, God transformed them into spiritual leaders who allowed God to work in and through them to impact their school and community. 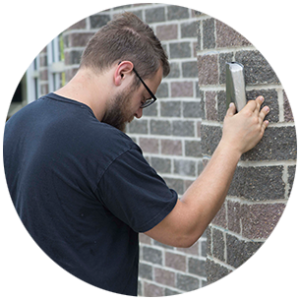 This group of parents continued to faithfully intercede for our school. As the ninth year drew to a close, I sensed God whispering to my heart that the time had come to move beyond the borders of Toledo Christian Schools in order to pray at each school in the Toledo area.

I readily agreed, having no idea that this assignment would include several hundred schools. This initiative of praying for the first time at each school is named Next Steps, as God called Joshua and the Israelites to the Promised Land, saying, “I will give you every place where you set your foot.” Joshua 1:3

To date I have had the privilege of praying at/ in 79 schools. I’ve asked God to raise up a remnant of believers to reach each school and awaken our churches to serve our schools.

My heart sensed unique impressions at each campus. Light, apathy, hope, struggle, and hard hearts were some of the words God dropped into my heart as I drove onto the grounds of each school, allowing me to pray more effectively for each community.

Feelings of strong oppression at a central city school pressed so hard on me that I could hardly breathe! As God provides opportunities to intercede for additional schools, we are seeking to win the war in the spiritual.

A curve ball was thrown at Matt and me the next year as our two youngest children asked to transfer to the public high school in order to reach kids for Christ.

Through much prayer and fasting, we agreed that God was in fact leading in this major life-change for Lydia and Josh. They left friends, athletic teams and the familiarity of ten years in a family-centered environment with an average of 60 kids/grade to start their senior and sophomore years in a building housing 1,300 teens.

I was thrilled to begin prayer walking through this building each Tuesday morning at 7:00, along with the principal, parents and teachers.

The day I received a text from my son saying a very serious situation was unfolding at his school, that there was a student possessing a gun and they were on lock down, I was very thankful that we spent time honoring God each week by praying and inviting His protective presence into the school.

Within minutes the student was apprehended and by the end of the day classes had resumed without incident. While prayer is not a good luck charm and sometimes God does allow tragedy, many times He also chooses to protect.

By his great grace God has increased our prayer walks from six to twenty this year, with many more preparing to launch! Church-school partnerships are beginning which will help to meet the felt needs of each community, from tutoring to school supply pantries to after school Bible clubs, as people of faith step out to meet the needs of their communities.

Looking out over the city from the “Prayer Tower” on the 16th floor of the Fifth Third Bank building, I sensed God speaking the closing words from the book of Jonah, “Should I not be concerned about that great city?” How amazing and humbling to watch God at work on behalf of the children! All thanks and praise to Him, as He pours out His Spirit on our city.

View The Weekly Prayer Strategy.  TAKE ME THERE

VISION
Transforming our city through winning the war in the spiritual.
MISSION
To see every school covered in prayer so that the power and presence of God are experienced in our communities.

Praying for the hearts of our children.